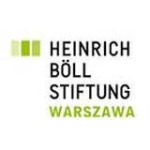 On 29 April 2015, I will be in Warsaw, Poland, to give a talk on grassroots and new collective identities in Bosnia-Herzegovina. The event is organised by the Heinrich Böll Foundation and the Collegium Civitas University.  Share the invitation!

Abstract. Between 2013 and 2014 Bosnia-Herzegovina witnessed the first mass protests since the end of the 1992-95 war. In June 2013 the failure of the national parliament to solve a deadlock in the disbursement of national ID numbers spawned protests in the main urban centers of the country, lasting for over a month. In February 2014, the violent reaction of the police to a demonstration organized by the unemployed workers of the privatized factories in the former industrial hub of Tuzla sparked solidarity rallies all over the country. The talk provides an overview of the 2013-2014 Bosnian unrest, analysing the roots of its emergence, the social composition and forms of organization, with a specific focus on the self-organized platforms for the articulation of citizens’ demands called “plenums”, as well as the achievements and shortcomings of such a form of civic resistance.

The event was held as part of the project “The Politics of Protest. Understanding political protest in Central Europe” organized by the Warsaw office of Heinrich Böll Foundation in partnership with Collegium Civitas university. The Project under the academic supervision of Mateusz Fałkowski PhD. from the Collegium Civitas examines recent protests in six Central European countries. Between March and October 2015 six expert seminar discussions will examine protests taking place recently in following countries: Bosnia, Bulgaria, Germany, Hungary, Poland, and Romania. Invited country experts will discuss the background, causes and forms of current mobilizations. The case studies of marches, riots and demonstrations (mostly of 2014) will help us to develop common analytical framework for understanding political protest in CEE countries. Each seminar will be documented in a short “country paper” which will be serve as a basis of a short book summarizing our findings and proposing analytical framework.