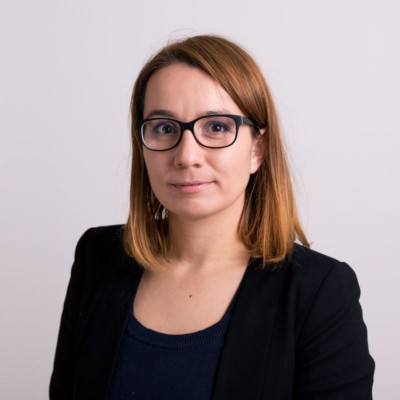 When it comes to discussing the EU, there is a lot to say. Some will approach the topic with some skepticism, some others will be more optimistic about the opportunities that the EU is offering, and some will find themselves in between. Countries from the South-Eastern region that are currently requesting or negotiating EU membership are Montenegro, Serbia, Albania, North Macedonia, and Turkey, while Bosnia and Herzegovina and Kosovo have the status of potential candidates. Non-governmental organizations (NGOs) from those countries can learn a lot from the experience of the movements and NGOs from Croatia, which entered the EU in 2013.

Changes in the dynamics and circumstances of activism and civil work were one of the topics discussed with Ria Bilić, a political scientist and a member of Zagreb je naš, a political platform we have already mentioned in our previous blog post. Ria is a representative in a local committee (mjesni odbor), which is the second level of local self-government in the City of Zagreb. She became an activist during her student days, taking part in the blockage of the University of Zagreb in 2009, and later participated in the fight for public space on Varšavska street in 2010. In our interview, she tackled many interesting topics regarding activism, the situation of the Croatian national and local Left, and discussed about the choice of whether entering the institutions or to continue fighting on the streets. When she entered the local committee, she was unpleasantly surprised by the lack of real power and the ability to make decisions that its members hold. One of the most interesting topics she discussed in her interview was the EU and its support mechanisms for NGOs. She said:

“I think that one of the main mechanisms that the EU [membership] brought is stifling of the movements. Because when you transform movements into NGOs, and you make them fall into the cycle of writing grants, financing, of professionalizing as an NGO, then you are dependent on the grants, you kind of get in this endless loop where you are actually stuck (…)”

Most of civil society organizations in Croatia are non-profit and dependent on different funding sources. While Croatia was negotiating with the EU, in the pre-accession period, the situation appeared different. As Ria says, before entering the EU “you had a set of benchmarks that you as a state had to fulfill. The EU institutions were checking your progress”. To the NGOs, it was a lot easier to advocate for different topics while they had the EU to “watch their back”. This aspect seems to have facilitated the advocacy work of some NGOs working on specific topics, such as human and women rights, for instance, as Ria explains with the following words:

“…a lot of NGOs used that [EU membership] as leverage, especially in the field of human rights, women’s rights, and climate change. But once you are a [EU] member, you don’t have this leverage [anymore] because you have already fulfilled all the requirements you needed in the specific chapter, like for instance that concerning the judicial system… Once conditions are fulfilled, you don’t have this external pressure [anymore].”

Without the external pressure on the state itself, NGOs were kind of left to fight on their own. Resources became more available, but they came with a certain price. It made organizations even more dependent and stuck in a loop of writing and finishing projects, as she explained:

“What the EU brought to our movement (…) kind of changed the landscape and made us all prone to grant funding. It’s like you need to professionalize in order to be able to do better advocacy for the things you are interested in, and then you do it, and then you are really reliant on the grants and stuck with the administration and everything. So, you are kind of [stuck] in the administrative loop.”

Anyone who tried to fight for something of public interest knows that it takes time and money. On the local level, we can take Green Phone as an example. Green Phone is a contact for citizens established by Friends of Earth (FoE) Croatia in 1992 to help public participation in solving local environmental issues. It is significantly dependent on the city’s funding, which was radically reduced after FoE fought against the city’s authorities in the struggle for the preservation of public space in Zagreb. Finally, in 2020 the city stopped funding Green Phone whatsoever, so currently its actions are seriously disabled.[1]

Although the EU provided NGOs with important financial resources, this could significantly limit their organizational possibilities. When you get funding from the EU, you have to carefully follow all the rules to use the money. NGOs usually use that money to conduct research that can help them find out the real state of things on the terrain. When their requests are backed with empirical data, it is easier to address the right issues, and to fight, i.e. advocate for them. However, a lot of time risks to be spent on project writing and management, leaving less space for concrete action. Therefore, one of the side-effects of EU funding might be stifling NGOs and movement activity. They risk entering the “administrative loop”, and then it becomes harder to conduct concrete actions on the field.

The solutions to these problems could be various, but they should start with the EU regularly checking the status of things that were negotiated and demanded in the pre-accession process, such as women’s rights, workers’ rights, decisions on climate change, etc. It should also consider loosening their administrative criteria because NGOs and movements are not bureaucratic categories. European values should include building and maintaining an active civil society which will work on improvement of people’s conditions around Europe and the world. And in the process of making things around us better and advocating for issues we believe in, we can look up to Ria and “try to channel my [our, AN] anger into something productive”.

*the text has been written together with Lucija Gegić, MA in Sociology and Croatian language and literature at the Faculty of Humanities and Social Sciences, University of Zagreb. Her domain of interest are social movements and sociology of everyday life. Lucija is currently doing an internship at the Centre for Southeast European Studies of the University of Graz, Austria.